Spinning, once again, towards a new year makes you think.? Well, it does me, so I decided to review my 2015.? Boring, I hear you say.? Everyone does that.? Yes, they do, but I intend to focus on the positive – if I can.

Last January hove into view with my decision to retire firmly sealed in an envelope, ready to hand to my head teacher.? The next few months were a flurry of putting paperwork in order, reassigning jobs (which may not have always been strictly in my job spec but? I had been doing anyway) to other people and, of course, teaching.? Clearing my desk drawers was a challenge.? The most important question I had to ask myself was “Do I need this?”? My brain kept trying to substitute ‘want’ for ‘need’ but I won in the end.? I re-purposed some items by donating them to colleagues and simply disposed of most of the rest.? (There is one zip-top, plastic folder snuggling in a corner of the lounge that contains things I just had to bring home – mainly small items of stationery!)

There was ‘Poldark’, of course, about which I was in two minds, having seen the original, but enjoyed very much in the end.

In April we celebrated the 94th birthday of my crazy, wonderful dad.? Brilliant to still have him making those awful jokes and, sometimes, even more awful faces!? After a major operation and the addition of a pacemaker in the last few years, he is still going strong and is surprisingly independent for his age.

Later, we had an election which, in my opinion, was a travesty.? No more on that – I was going to be positive!

On July 9th, 2015 (let it be recorded) I retired.? It was a smooth transition and I can honestly say that the only things I will miss are?? some great colleagues – who, I hope, will stay friends! – and imparting knowledge.? Two days after that I attending the wedding of my son and, in one, fell swoop, gained a daughter and a whole new family!

Now, ever since deciding that I would definitely retire people have been asking one question – what will you do?? My first answer has always been ‘Nothing’, followed by ‘take the opportunity to go on breaks in term time!’? Well, first I did a lot of not-planning and not-marking throughout what was still, for me, the summer holidays.? That was the only sign, at that point, that something was different.? In September, when I did not return to work, we visited friends in the East of England and the Midlands; in November, we took an overnight trip to France.

This December we were lucky enough to share Christmas dinner with the best newly-married couple and had a wonderful, relaxing day with good food and good company.

So much for 2015.? Next year will prove to be a challenge, but more of that later.? May I wish all who have read any of my ramblings a very Happy, Healthy and Prosperous New Year.

No – not that one.? I have been musing over the time of year (as we all have) and the fact that this is my first Christmas in over twenty years that I have not spent the last term in a school.? The Autumn Term in a primary school in the UK is like running the gauntlet – first hurdle is the Harvest Festival, followed by the lead up and execution (in the nicest possible way) of the Christmas celebrations.? Frazzled music teachers attempting to instil the words to a ridiculous number of carols into children aged five to eleven so that they can sing sweetly in front of their parents, at the one time of the year when some non-teaching adults actually set foot inside the building.? The furious making of Christmas cards for the littler ones to take home, with a smattering of other faith and simple ‘I love you’ cards to show sensitivity of the fact that not everyone nowadays, in a UK school, is Christian.? Year 6 teachers trying to keep the balance between continuing to prepare their classes for the SATs in May of the next (calendar) year, whilst helping them to learn and practise the readings for the telling of The Christmas Story – yes, that one!? The decision whether to send all your colleagues – the ones you see every day or few days – a card to tell them how much you hope they will enjoy the coming holiday season (emphasis on the word ‘holiday’!) – or put all the money you would have spent into an envelope and send it off to buy a goat for a family in Sudan.

That I do not, and will never, miss.? However, there are other aspects to Christmas in a primary school.? Our house will be noticeably shorter of wine this year – some parents are very generous!? Seriously though, the kids still love it so much that it rubs off on you.? The pride when they finally get the words to that carol right; the joy at decorating the classroom – I always used to give them almost free rein – with some guidance, of course – so the final effect, whatever it was, belonged to them; the anticipation of what they will find under the tree on Christmas morning; receiving cards from children you don’t even teach!

The Christmas holidays period is not just one to drive yourself mad thinking of yet another present for those elderly relatives that they will actually use.? Nor is it working out a menu that will leave you bloated and groaning after three hours of eating, just so that you can say what a fabulous dinner you had.? Or forcing sprouts down someone because – well – it’s Christmas!? A wise friend once asked why Brussel sprouts are traditional at a UK Christmas dinner.? I don’t know that she has yet received a satisfactory answer.

I will not miss the insanity that is a primary school Christmas but I will miss the camaraderie amongst the staff, the happiness amongst the children and the joy on the parents’ faces as they watched their little angels belt out ‘Silent Night’ and ‘We Wish You A Merry Christmas’.? I invited myself to the junior school Christmas Celebration and loved it.? As an outsider.? Long may it continue.? Merry Christmas. 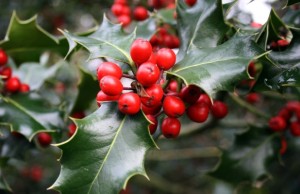 It is now five months since I walked out of a classroom and knew I wouldn’t be returning to work the next term; almost the end of the longest term in the academic year.? Seven weeks of that time was really only the same as being on the summer break, so didn’t really impact at all.? Since then, however, I have had the time to realise that there are things I am aware of/can do now that I’m not gainfully employed.? Most of these revelations have come during the working week, for obvious reasons.

This is not me, of course, but, as you read, you will realise that this does apply to some people.

Returning from a shopping trip, my sister (driving) and I approached one of those mind-numbing double mini roundabouts.? To begin with, I can’t image who ever thought they would be a good idea.? It’s a skill (that many have not learned) to decide whether the cars coming from your right (in the UK) are, in fact, coming past you and not turning off before they go in front of your vehicle.? This is not aided by the less than common use of signals.? Double roundabouts are bad enough but double mini roundabouts are the Devil’s spawn!? Given that most people know this, what happened next should not have done.

Picture us approaching the first of the two roundabouts.? We slowed, as is only right, looked and listened.? That was the important bit this time – listened.? It wasn’t difficult to hear the incredibly loud and penetrating sound of an emergency vehicle siren; that is, after all what they are for.? Now, it is not actually the law in the UK to stop or make way for emergency vehicle, but it is good manners and common sense.? Mostly.? Directly across from us, on the entrance to the further mini roundabout, came a large BMW.? We had a rather too clear view of what happened next and we weren’t impressed by it.? The BMW came onto the roundabout and headed straight through, so that it would be exiting into the road we were on.? It didn’t even slow down!? As it reached the middle of the junction, the emergency vehicle – an ambulance car – arrived, heading straight for the side of the Beemer.? Neither of us can tell you exactly what happened next, as we had both covered our eyes and shouted ‘Noooo!’, but there was no horrible crunch or that awful sound of scraping metal, so we opened out eyes again.? The ambulance car had clearly made the most spectacular stop because the BMW was sailing into our road and away behind us.? We are convinced that the driver hadn’t even been aware of what was going on.

I can’t begin to explain the colour of the language in our car and, I suspect, in many of the other vehicles around us, but I just hope that karma catches up with that stupid driver who thinks they own the road.