I recently heard of a newly appointed member of an office staff, who resigned only a couple of weeks after starting work.  It wasn’t the workload or that the job didn’t match the advertised description.  It wasn’t the hours or the rate of pay.  It was one other person in the establishment, who made her life so awful in that short time that she couldn’t stay, regardless of any other good aspects of the job.

We’ve all been there.  We’ve all had a job that would have been perfect if not for that one colleague, who had an over-inflated sense of their own importance.  We’ve all felt the frustration of knowing what was the right thing to do but being thwarted at every turn by one person, who seemed to have sway over the final decision makers.  We’ve all seen more than one of our colleagues feeling the same way but equally impotent.  It’s not an easy situation to resolve and no blame should be laid at the feet of those too insecure or lacking in self-confidence to stand their ground.  It’s harder if the difficult person is longer established, even if your position is senior.

At some point, this situation will ex – or im – plode.  This will not be good for anyone at the point of ignition but it will ultimately clear the air.  It may result in someone leaving – it should be the catalyst, but that isn’t a given.  However, someone – the senior manager for preference – needs to be strong.

Leaving work has opened many new horizons.  More time to do things during the week without rushing it all; more energy to do those things; less watching the clock and the calendar.  Above all, however, there is ‘not having to cope with work politics’.  In the most cordial and friendly of environments, there is always someone who thinks they can rule the roost, even if they aren’t the chief chicken.  I wish it was simple to take that stand, but it isn’t.  We can only hope that someone will have enough before it is too late.

Since retiring in early July 2015, I have had one, pathetic cold.

I don’t often get sloppy, but seeing the news over the last week or so has focussed me a little.  We have lost a number of entertainment icons since January 1st and the world has been in uproar – who knew so many people loved David Bowie, for example.  How can Celine Dion bear the loss of two of her closest family within days of each other?  Hasn’t Alan Rickman left a huge void in the entertainment world?  I have also heard of less well-known, but not lesser people, who have lost their fight, whether through illness or old age, and it appears to be a trend.  It seems that every year, during these winter months – and especially just into the New Year –  people ‘move on’; not through the unpredictable weather, although we should all look out for vulnerable friends and relatives as the cold bites, but because their particular fight has become too much to continue.

Last week, when I took my 94 year old dad shopping, he absolutely insisted that this particular jacket was warm enough over his short-sleeved shirt.  He had his flat cap, if he needed it – what was the problem?  You can only try to change his mind for so long but he’s an adult – and then some – and ultimately it’s his choice.  To be fair, we didn’t spend a lot of time in the open, so I wasn’t too worried.  But I sat here, reading about Bowie and Rickman, leaving us at sixty-nine, and others in their seventies and eighties , or even younger, and mentally looked around my family and friends.  We are very lucky.  Obviously, we have had our losses but, on the whole, we are a long-lived, healthy bunch.  I believe that the most useful – and challenging – resolution we could all make for the new year is to make the most of every day, whether it’s to do more, do less, make more of an effort to be with people, exercise *shudder*, eat less, eat better – the list is endless.  However, at the top should be ‘think of me’.  You’re no good to anyone if you’re no good to yourself.

“They always say time changes things, but you actually have to change them yourself.” – Andy Warhol

“You’re braver than you believe, and stronger than you seem, and smarter than you think.” –A.A. Milne

Sitting at the breakfast table this morning, a thought came to me very suddenly; I am beginning to enjoy retirement.  It is now almost exactly six months since I walked out of the last school I will ever teach in and settled to a life of finding things to do that would fill the void.  It finally dawned – this ‘altered state’ – when Hubby said casually, 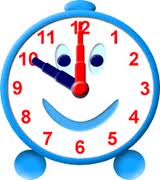 “Is it really 10 o’clock?  Now you really must feel as though you’ve retired!”

I grinned, thought for a moment and agreed.  It took me a while.  At first, it had been in the back of my mind that I ought to be doing something.  I found myself  thinking ‘I would normally be doing [insert school-based activity] at this point’ or ‘I wonder if [insert school-based activity] is still going to happen this term’.  It suddenly became clear, this morning at the breakfast table, that I haven’t had one of those thoughts for a while now, probably since before Christmas.  I have lent a hand, from home, with some ‘computery stuff’ that I had initiated in the first place, but I don’t mind that.  If there’s one thing I do miss it’s creating resources for the classroom or for colleagues.  What I don’t miss is the speed at which some of these activities needed to be done or the possible fallout if they didn’t work first time! 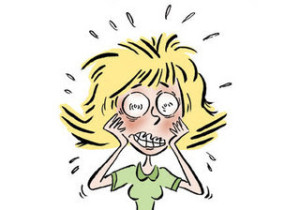 Although I still miss the camaraderie and my mad fellow teachers, I have now doffed the ‘member of the profession’ bit and I am settling into that very important new phase of my life.  I have heard from others that, after you retire, you suddenly find so much to do that you wonder how you ever managed to find the time to go to work.  I haven’t quite reached that stage … yet.  There are things that I do on a Tuesday and a Wednesday that are not shopping or housework.  I also have the time, each day, to make the bed (yes I have said it before but it’s very special to me!), empty and refill the dishwasher, do the washing AND drying on the same day and prepare the night’s dinner at any time during the day that I damned well please!  Going away for a couple of breaks in term time last year was my way of rebelling – snubbing my nose, if you like.  Now, I am settling into more of a routine and it fits well.

So, goodbye to waking up at 6.20 am because I have to, to wasting  half a day (at the very least) doing the shopping at the weekends because I don’t have the time (or energy) during the week, to arriving at 8 pm on Sunday night and remembering that very important something that I forgot to do for Monday – and hello to retirement. 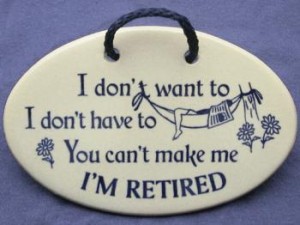 You know you’ve really left when your email account has been deleted.