Not many women live their lives in virtual obscurity, as far as the wider world is concerned, and yet have such a true impact on their future.? A mother is a very special person, as I’m sure most people will agree, but to have laid such firm foundations for two generations (so far) is not something that can be overlooked.

Coming from an immigrant family, she arrived in England as a toddler over ten?years before the start of World War II.? She grew up in the English education system which she hated, until one teacher gave her a love of history.? She lost her mother whilst she was still in her teens and her father when she was still in her early twenties, being effectively brought up by a maiden aunt.? She lost close members of her family in the Holocaust.? She made her own way in employment and lived on her own for many years.

She and her aunt were on the verge of emigrating to Australia – they had the papers ready – when she met Dad.? If ever there was a story of love at first sight, this was it.? She actually told someone that, if she didn’t marry this one, she would never marry.? I’m sure she meant it.? On Dad’s part, he felt exactly the same and the story could only have had one end.? Mum and her aunt didn’t go to Australia and I am the living proof.

Her own life – early loss of a mother, fending for herself to some extent, caring for a dying father – could have made her such a very different person, full of hate and bitterness.? However, it all strengthened her and she was a woman of high morals and principles.? This didn’t stop her from also being compassionate and understanding.

Her legacy is a far-reaching one.? As children, we were given a good, solid grounding in how you treated people and life in general:

Thank you, Mum, for being who you were and for helping us to forge our futures.? Happy Birthday. 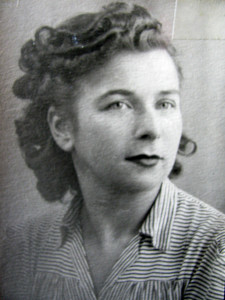 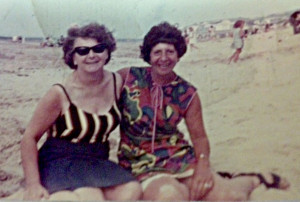